For a decade now, Plympton residents Jen Macdonald and Mike Lemieux have been saving historic South Shore homes from demolition and restoring them to their former glory. The co-owners of Full Circle Homes, they have a passion for preservation and accurately honoring the details of the past in their full-scale renovations. Two years ago, their work captured the attention of reality TV production company High Noon Entertainment, which creates programming for the HGTV network.

“We’ve always loved discovering the history of each home and unraveling the mysteries behind them,” says Lemieux. “Finding these connections to the past makes restoring these homes even more meaningful.”

The couple was asked to film two five-minute “sizzle reels,” illustrating the show’s concept to determine whether it would appeal to the HGTV viewership. Eventually, the wife-and-husband team got the call that their show, “Houses With History,” had been greenlighted for production beginning in March 2020.

“And then, of course, the pandemic hit,” recalls Macdonald. “Everything got pushed back. We started filming in October of 2020.

During this time, the couple was juggling not one or two renovation projects simultaneously—but six home restorations over a seven-month period. Projects featured on “Houses With History,” included antique homes in the communities of Plympton, Middleboro, Pembroke, Kingston and West Barnstable. 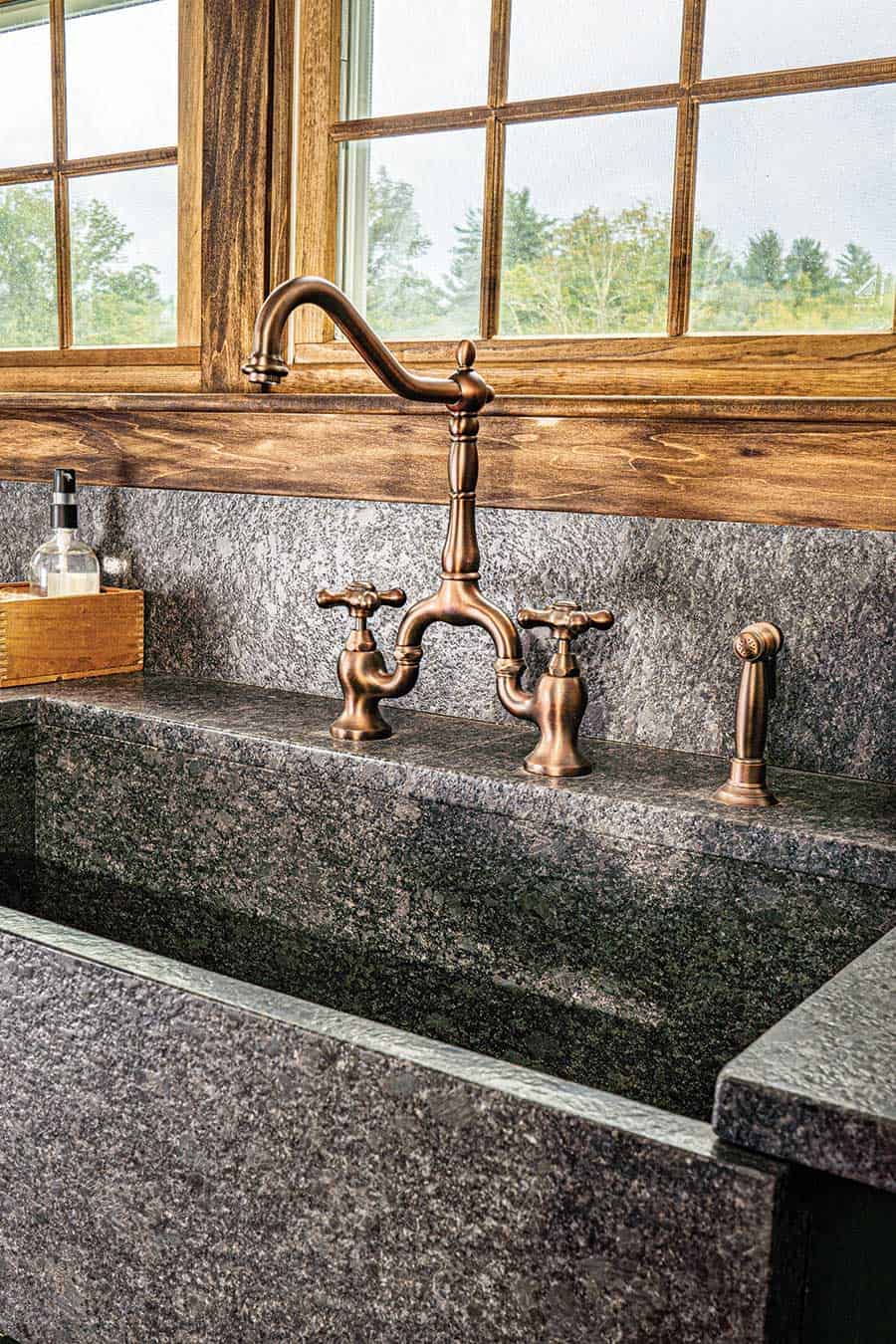 “It’s a herculean effort to do just one house in six months, so doing six houses contiguously in seven months during a global pandemic with a supply chain shortage was above and beyond anything we’d ever done before,” says Lemieux.

Unlike home-improvement shows that focus on “flipping” modern houses, “Houses With History” focuses on the restoration of aging homes that would otherwise be torn down. The team spends time salvaging solid wood doors, preserving old hardware and hardwoods, even refurbishing cast iron radiators and other castoffs of a bygone era. “We’re sympathetic to the style, design and nature of every house,” says Macdonald.

The Full Circle Homes crew worked upwards of 76 hours a week—in some cases, 90-hour weeks—squeezing in late-night cabinet painting until 2 a.m. for one of the homes they refurbished. An on-site camera chronicled their everyday progress, while film crews regularly visited them on the scene to record each stage of the renovations, from hanging drywall and laying tile and brick, to siding, roofing and glazing windows. Though the show is unscripted, the producers prompted Macdonald and Lemieux, along with carpenter Rich Soares, to discuss specific aspects of each phase of the project. The couple has worked with Soares on about 50 houses over the past decade. “Rich is a key part of the Full Circle Homes team and a skilled carpenter,” Macdonald points out. “He does custom carpentry that really helps bring the character back into these historic homes.” To add depth and authenticity, the film crew also visited with experts and artisans in the field—local historians, a blacksmith and a stained-glass artist. Carpenter Rich Soares and Full Circle Homes owners Jen Macdonald and Mike Lemieux stand in a warehouse where they store much of their salvaged and reclaimed materials. - Photo Courtesy of HGTV Since the show premiered in September, Macdonald and Lemieux have received multiple inquiries from local homeowners interested in having their own historic houses renovated for the show. The majority of the homes featured on the first season of “Houses With History” were previously on the market, and the couple had to decide which structures they could feasibly purchase and “save from the bulldozer.”

“Each house is entirely our own investment,” Lemieux explains. “We wish we could save them all, but we have to consider the amount of work each one needs and the related expense.”

“For the show,” Macdonald adds, “we had to make sure the houses we selected would undergo enough of a transformation to build a story around.” Equally important—as the show’s name indicates—all of the houses showcased had to have a significantly interesting backstory to propel the “Houses With History” narrative.

During each episode, Lemieux, cast in the role of the “history geek,” had the opportunity to explore the origins of each house, the people who lived there, and the historic happenings of the day—which also helped to inform and inspire the interior design aesthetic of the project-in-progress. In the show’s second episode, for example, it was learned that the 1874 Greek Revival had been built to house employees of a nearby shoe factory. Macdonald used this as inspiration and pursued décor accents that evoked the Industrial Revolution, including a sewing machine table reimagined as the kitchen’s center island. On and off the show, they work tirelessly to restore houses that are 100 to almost 400 years old. “We love the challenge of antique homes. It’s definitely our niche,” Macdonald notes.

Whenever possible, the Full Circle Homes team reclaims and repurposes original components and materials to preserve and continue the charm of the home’s period. In the same episode, they discovered intact pumpkin pine floors—wide plank floors with an orange hue that can also be found in George Washington’s Mt. Vernon plantation and Thomas Jefferson’s Monticello plantation in Virginia, but are rare today. On a warm September evening, after many months of construction and filming the series day in and day out, Macdonald, and Lemieux finally got to witness the fruits of their labor. They and 100 of their friends and colleagues gathered “a cow’s distance apart” in a field on Crescent Street in Plympton to view the premiere episode for the very first time.

The show has received high ratings for every episode, and the couple is hopeful that “Houses With History” will be renewed for a second season. “We’re so excited about all of the people who have reached out to us about their antique homes. People are so interested in the houses and their history. We hope the show inspires people to save an antique home,” Macdonald says. “It seems like everyone can relate to the story of a house.”

Episodes of “Houses With History” continue this fall and winter every Wednesday at 9 p.m. on HGTV, as well as on discovery+ (check local listings). Project photo galleries and exclusive videos can be accessed at HGTV.com/shows/houses-with-history as well as on Facebook, Twitter, Instagram and Tik Tok. Additional footage that did not make the final cut will be available on the Full Circle Homes website, fullcircle-homes.com.